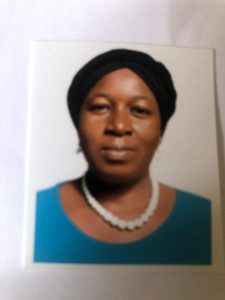 Abudu Busurat was born on 29th October,1974 to the family of Mr.and Mrs.Abudu, she attended Federal Government Girls college New Bissau,Niger state  where she obtained WEAC in 1991

An Alumnus of the University of Lagos (Unilag), where she bagged her first degree in Mathematics & Statistics in 1997.Ms Abudu also obtained Master in Public Administration from Lagos State University (LASU) in 2005.

Ms.Abudu started her career in the Lagos State Public Service  as Statistician II in 1999 and gradually rose to position of Assistant Director. She has served in various MDAs as Head of Planning/Budget Unit until her deployment to LASPARK in March,2021

She is happily married with children