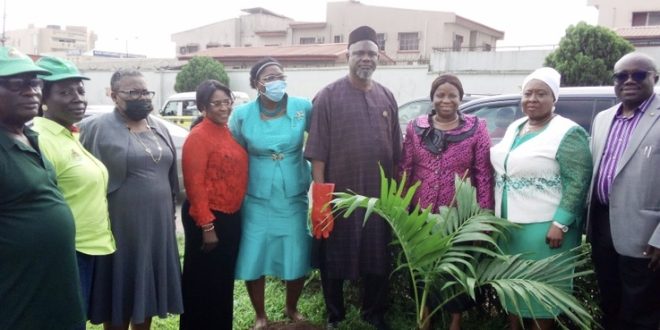 LASPARK REITERATES IMPORTANCE OF TREES TO RESTORATION OF THE ENVIRONMENT

The General Manager of the Lagos State Parks and Gardens Agency (LASPARK), Mrs. Adetoun Popoola, has reiterated the importance of trees to the restoration of the ecosystem, saying renewing and restoring degraded environment can be achieved by active human intervention and action.

Popoola, who stated this in Alausa during the year 2021 second quarter commemorative birthday tree planting exercise for Permanent Secretaries in Lagos State, noted that the activity is done quarterly to commemorate birthdays of the Principal Officers by planting trees in their honour.

While appreciating the Permanent Secretaries for coming despite their busy schedules, the General Manager, represented by the Head of Tree Planting Unit, (LASPARK), Mrs. Funto Aina, said the activity is the Agency’s little way of celebrating the government officials who have put in years of meritorious service in the administration of the State, adding that the exercise is also geared towards promoting the habit of tree planting Statewide.

She said, “It is expected that the officials will extend the gospel of tree planting to everyone around them so that they can also play their role in mitigating the effect of climate change. This is necessary because the effective restoration of the earth requires the planting of many trees as possible”.

“Trees influence everything, from the environment to our physical health. One of the inherent functions of trees is to consume carbon dioxide from the atmosphere and release oxygen. Trees are responsible for oxygen used by the Earth’s inhabitants, soil stabilisation, flood control, freshwater purification and cooling the planet. Trees are the most significant defence mechanisms in stopping global warming”, Popoola averred.

The General Manager maintained that the State government recognises the need for a significant canopy cover and has adopted tree ordinances to protect the health and wellbeing of residents, noting that the best way to make a difference and prevent the city of Lagos from sinking as a result of population explosion is to plant and care for a tree.

While acknowledging trees as stabilisers of the ecosystem, she affirmed the commitment of LASPARK to make Lagos greener and healthier through continuous environmental initiatives

The Permanent Secretary, Ministry of Housing, Mr. Wasiu Akewusola, speaking on behalf of others, expressed their appreciation to the Agency for putting together the commemorative tree planting exercise, saying it is a way of giving back to nature.

He, however, urged everyone to cultivate the habit of tree planting to promote good and healthy living.

19 Permanent Secretaries from various Ministries, Departments and Agencies (MDAs), whose birthdays fall within the second quarter (April-June) of the Year 2021, participated in the commemorative birthday tree planting exercise. 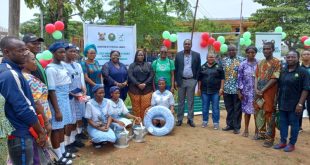 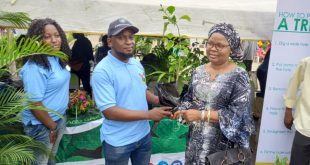